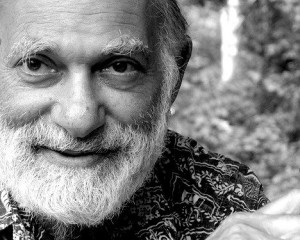 I have written about my beginnings in Zen and my formative years in Zen training. This [article] starts at the conception of a Zen Peacemaker Family serving as a container for people wanting to do spiritual based social engagement.

On my 55th birthday in January, 1994 I did a retreat in Washington D.C. working on the question of what should I do to serve those rejected by society, to those in poverty and to those with AIDS. Upon returning home, I discussed my vision of a container for people wanting to do spiritual based social engagement with my wife, Jishu. We decided on developing a Zen Peacemaker Order and on developing Peacemaker Villages with the theme of spiritually based social engagement.

Not-knowing, the first tenet of the ZPO is entering a situation without being attached to any opinion, idea or concept. This means total openness to the situation, deep listening to the situation.

It is the role of the Bodhisattva to bear witness. The Buddha can stay in the realm of not-knowing, the realm of blissful non-attachment. The Bodhisattva vows to save the world, and therefore to live in the world of attachment, for that is also the world of empathy, passion, and compassion. Ultimately, she accepts all the difficult feelings and experiences that arise as part of every-day life as nothing but ways of revelation, each pointing to the present moment as the moment of enlightenment.

Bearing witness gives birth to a deep and powerful intelligence that does not depend on study or action, but on presence.

We bear witness to the joy and suffering that we encounter. Rather than observing the situation, we become the situation. We became intimate with whatever it is – disease, war, poverty, death. When you bear witness you’re simply there, you don’t flee.

Loving Actions are those actions that arise naturally when one enters a situation in the state of not-knowing and then bears witness to that situation. It has nothing to do with one’s opinions or other’s opinions as to whether it is loving actions or not.

I put my energies into the formation of the Zen Peacemakers. My wife, Jishu, put much of her energy into developing Peacemaker Villages. We did our meditation in an abandoned school site with stones forming our stone zendo. We developed rules and procedures for the ZPO.

In December 1995, Eve Myonen Marko and I attended an inter-faith workshop at Auschwitz in Poland. As I entered Auschwitz II (Birkenau) I was overwhelmed by feeling millions of souls wanting to be remembered. I decided to do a retreat there. Eve agreed and offered to help form the retreat. I decided that the retreat should not be just about the Holocaust but about the broader issue of the “Other.” We invited many voices to participate in the retreat. Link here for more details of the Auschwitz Retreat (now entering its 18th year.) This retreat has become one of the most important events offered by the ZPO.

In the days of Shakyamuni Buddha, during the rainy season, Buddha would stop his meandering and spend time with his monks and nuns in one locale. In Japanese this period is called Ango, a period in space and time of peace. In English we use the word retreat to often mean “getting away from the issues of the world.” A Bearing Witness Retreat is becoming one with the “issues of the world.” A Zen Meditation Retreat is to bear witness to the wholeness of life. I use the word “plunge” for my Bearing Witness Retreats. To plunge into the unknown, i.e., to plunge into that which my rational mind can’t fathom. These plunges or Bearing Witness Retreats have helped folks let go of their attachments to their ideas or concepts and experience things as they are.

My two best-known Bearing Witness Retreats are: 1. In the Streets and 2. At Auschwitz/Birkenau

In April 2014 we will hold a Bearing Witness Retreat in Rwanda (the 20th anniversary of the Genocide.)

Most Zen Groups work on a vertical organization model. I decided to try working with a horizontal model and this resulted in the Zen Peacemaker Circle. The Zen Peacemaker Circle, modeled on Indra’s Net, is an organization of interlocking circles, the aim of which is to realize and actualize the oneness and interdependence of life. The basic unit is a local circle, where Zen practitioners gather together for study, mutual support and social action. Each local circle determines its vision and mission and its general way of functioning. It has a regularly scheduled meeting and determines its own schedule. Each Circle has one trained Steward who coordinates the meetings. The training consists of Council practice, Non-violent Communication, Five Buddha Families and Sociocracy.

In 1999, I installed Wendy Egyoku Nakao as the Abbot of the Zen Center of Los Angeles and disrobed as a Zen Priest.

By the time I disrobed, I had served as abbot at a number of places, including ZCLA following Maezumi Roshi’s death and the place I later started, the Zen Community of New York. By that time I had installed other people as abbots and my main work was socially engaged Buddhism; I was not running a temple. My feeling had always been that you were a priest if you had a temple to run and/or take care of. If what you were doing was concentrating on meditation and zendo aspects, you don’t have to be a priest. But if you’re going to have a temple, and if you are going to serve in that role, yeah, that makes sense.

I had seen so many people ordaining that had no connection with running a temple. They were doing their work and then they would become Zen teachers, but it didn’t make any sense to me why you need all those priests besides there being a historical precedence within the Japanese Soto sect that says in order to be a teacher you have to be a priest. So I felt that was an unconscious thing to say, that you guys have to be ordained as priests. To me it never made sense.

Now, I do feel you need priests, but the priests should be people who have temples or work in a temple, and running a temple in the Soto sect means holding three services a day; very few priests that I know do that. Most of the people that I know that are priests have nothing to do with temple life. They have other jobs.

I felt that as priests that should be their vocation: they should be working at a temple. They might or might not be a teacher. You can be a great priest and a lousy teacher and vice versa. I see them as two separate tracks and I actually make the studies and the paths that way. I have paths for priests and paths for teachers. I had some folks that I felt would be great priests but not teachers, and I did not make them teachers; they stopped at becoming full priests. From early on I saw these as two different paths. By the time I had disrobed, I saw my path as being out there doing socially engaged Buddhism, not being a temple priest.

In December 2000, Eve Myonen Marko and I married in Santa Barbara. Eve had been a major part of the Greyston Mandala and a founding teacher of the Zen Peacemakers. We were now concentrating on working around the world in areas of conflict, in assisting other works in various areas of social engagement and in developing the ZPO.

Robert Joshin Althouse had become Executive Director of the Zen Peacemaker Order and he diligently put together rules, regulations and a manual for the Order and arranged the first Gathering of ZPO members in 2001 at the Greyston Foundation site in Yonkers, NY. Although the ZPO, as an Order organization, has remained dormant for many years, the phoenix appears to be rising (2013.) The Zen Peacemakers Family (consisting of affiliates) has grown and can be found by linking here.

In 2003, the Zen Peacemaker staff moved to Montague, Massachusetts with the intention of building a home site for the Zen Peacemakers, a Maezumi Institute and a House of One People (HOOP). Lex Hixon and I had formed the idea of a House of One People many years ago. When Maezumi Roshi died I had pledged to build a Maezumi Institute (something he often talked to me about.) The construction costs caused us to terminate our international work and to concentrate on the buildings. In 2010 we sponsored a large symposium of western socially engaged Buddhists (around 70 major teachers presented their works and thoughts and linked with each other.) Over 300 people attended this conference.

In 2010 it became clear that I couldn’t continue the work in Montague. I now spend one day per month at Greyston in Yonkers helping to develop its spiritual component, lead workshops at various Zen Peacemaker Affiliate Centers and volunteer service at conflict areas around the Globe.

In all of those works, I try to create ways of doing it which would help the people that I’m serving to realize and actualize the interconnectedness of life – the oneness of life. I look at that as being my role as a Zen teacher. Those are some of the vows that I’ve made to myself and out loud, that I would serve all of society and not just those who come into a meditation hall. I’ve changed the venue to be society and the main service is to realize and actualize the interconnectedness of life. The secondary service is to work with those aspects of society and oneself that are underserved.

The question always comes up: how do we bring our Zen into our life? But Zen is life. What is there to bring? And into what? The point is to see life as the practice field. Every aspect of our life has to become practice. I was trained in a traditional monastic model whose forms are conducive to the state of not-knowing. The question for me is; what forms can we create in modern society that will be conducive to seeing the oneness of life? What are the forms that will make it easier for us to experience that state of nonduality? Almost anything we do will cause more dualistic thinking. How do we lead our brothers, our sisters, and ourselves into a state of nonduality?